If there’s anything 2020 taught me, it’s that you can’t take anything for granted, especially your health, time, or energy. While the pandemic made us more connected than ever, it caused many of us to spread ourselves too thin. Although the pandemic is ongoing, a new year still brings the potential for change. One of my new year’s resolutions is to practice more self care.

One way of doing this is by distancing myself from things that don’t serve me. Here are just a few things I’m not wasting my energy on in 2021.

END_OF_DOCUMENT_TOKEN_TO_BE_REPLACED

Diversity committee seems to be the buzz word for academia in 2020. If you are a graduate student of color, you have probably encountered one in your department or institution.

If you’re like me, you may have been recruited to join a newly-minted committee early on in the scramble to create these committees in the wake of the Black Lives Matter protests. While we have been quick to take action in some areas, like hosting a series on webinars on anti-racist pedagogy, the gears have slowed down a bit over the last few months due to the chaos of a full pandemic semester.

Anxieties surrounding joining a diversity committee as a person of color are not uncommon, and while I am proud of the things we have accomplished, there are things that I wish I had asked before joining.

If you’re a person of color on the fence about joining a diversity committee, here are a few questions you should consider before making a decision.

END_OF_DOCUMENT_TOKEN_TO_BE_REPLACED

When I first read Mary Beard’s latest post entitled “Is Classics toxic?”*, the first thing that came to mind was the term whataboutism. This term isn’t new, but may be particularly fresh for those of you who have paid attention to the events of the last year.

Whataboutism is the technique or practice of responding to an accusation or difficult question by making a counter-accusation or raising a different issue.

The accusation (probably): concerns raised by members of the discipline about Classics’ white supremacist history (and present), aka the thing that makes Classics “toxic.”

The counter-accusation: people only think Classics is toxic because it has been (wrongfully) co-opted by far-right, repressive movements.

Now I don’t disagree that the co-opting of Classics by the far-right has been a big problem. But what Mary Beard does when she foregrounds “big picture” issues is overshadow the concerns of non-white individuals within the discipline in favor of promoting a “better” public-facing image of Classics.

Nowhere in this post does she call attention to the micro- and meso-scale issues that have cropped up within the departments and institutions that make up the Classics community over the last few months (or years). Even her brief acknowledgement of the “lack of diversity within the modern academic subject” is vague: does she mean a lack of diversity in subjects or in actual people?

I suspect (based on the rest of the post) she means the former.

BIPOC are forced to face individuals and institutions that refuse to stand up for or support them, but what about all the good things that Classics (that is, the study of Greece and Rome) has to offer on the macro-scale?

“Maybe we could use this to political advantage,  I can’t help thinking that one of the best ways of countering the conscription of Classics into the agenda of those far-right groups, with their white masculinist ideology, might be to celebrate the role the subject has played in the struggles against apartheid, in the proto-gay movement, in Trade Union activism and the thought of Marx.”

The role Classics has played in the struggles against apartheid (for example) is important, but so are the struggles that BIPOC endure on a daily basis in a system that continues to drag its feet on the path toward anti-racism.

Often, the people who feel most attacked by attacks on Classics are the ones who aren’t affected (or less affected) by the discipline’s history.

As she says in her post, the good and the bad aren’t mutually exclusive. I agree. They can exist in the same department, or even the same person. But when a system built on white masculinist ideology persists and continues to oppress marginalized groups (as it does to this day), it makes Classics hard to love.

Classics is toxic; there is a lot of evidence to prove this.

It might not be toxic for some people (the Mary Beards of the world), but it certainly is for those who aren’t part of the majority.

Mary Beard’s call for “celebrating” the ways in which Classics has contributed to good things alongside the bad is just a thinly veiled attempt at tone policing those of us who are unhappy with the state of the field.

Perhaps she’s less worried about the co-opting of Classics by far-right groups than she (and others like her) is about it being critiqued by members of the discipline who aren’t white, male, straight, and/or nondisabled. Well, we are tired. And we need to be heard, without being told that we are being too harsh or too critical or too unsympathetic to the other side.

“The history of Classics (and all other subjects) is more complicated than any good/bad (burn-it-all-down/preserve-the-lot) dichotomy would suggest.”

Burning it all down, at least for me, doesn’t mean reducing the discipline to ashes and sweeping them under the rug. There are plenty of people in the discipline who love studying the ancient world, but hate the environment in which they’ve had to study it. As some have said, you can study Greece and Rome and critique the field, too.

I think that this image paints those of us who are advocating for a more inclusive, anti-racist discipline as people who would set fire to Classics and stand by watching it burn. But I don’t really think that’s the case, even though I often feel like this GIF:

What “burning it all down” means to me is dismantling the oppressive, exclusionary, and racist systems that underpin it. It means turning a corner towards becoming a discipline that is openly and actively seeking to do better by its diverse communities without undermining their valid opinions and contributions.

*To no one’s surprise, the list is currently pretty scarce, despite the fact that I included one grant for Canadian students to round out the resources. However, if there are any funding sources that I missed, please let me know and I will add to the list!*

My relationship with funding throughout my academic career is not entirely straightforward.

In undergrad, I was awarded scholarships to dig in Greece at the Athenian Agora for two consecutive summers.

However, it wasn’t until I got accepted to grad school that I started looking elsewhere for funding opportunities. But little did I know that that was just the beginning of my search.

Grad school is hard enough for anyone who’s looking for funding for anything. However, it is particularly difficult for students of color. We constantly compete with those who are traditionally favored in Classical Studies and archaeology.

In undergrad, I had no idea that grants for BIPOC students existed. In fact, many of these funding opportunities did not exist in 2016.

I received a Frank M. Snowden Undergraduate Scholarship that year and used it to improve my Latin for grad school. I recently applied for the new William Sanders Scarborough Fellowship, but have not yet received my results.

In my experience these sorts of grants were not (and still aren’t) widely advertised by individual departments. Go figure.

END_OF_DOCUMENT_TOKEN_TO_BE_REPLACED 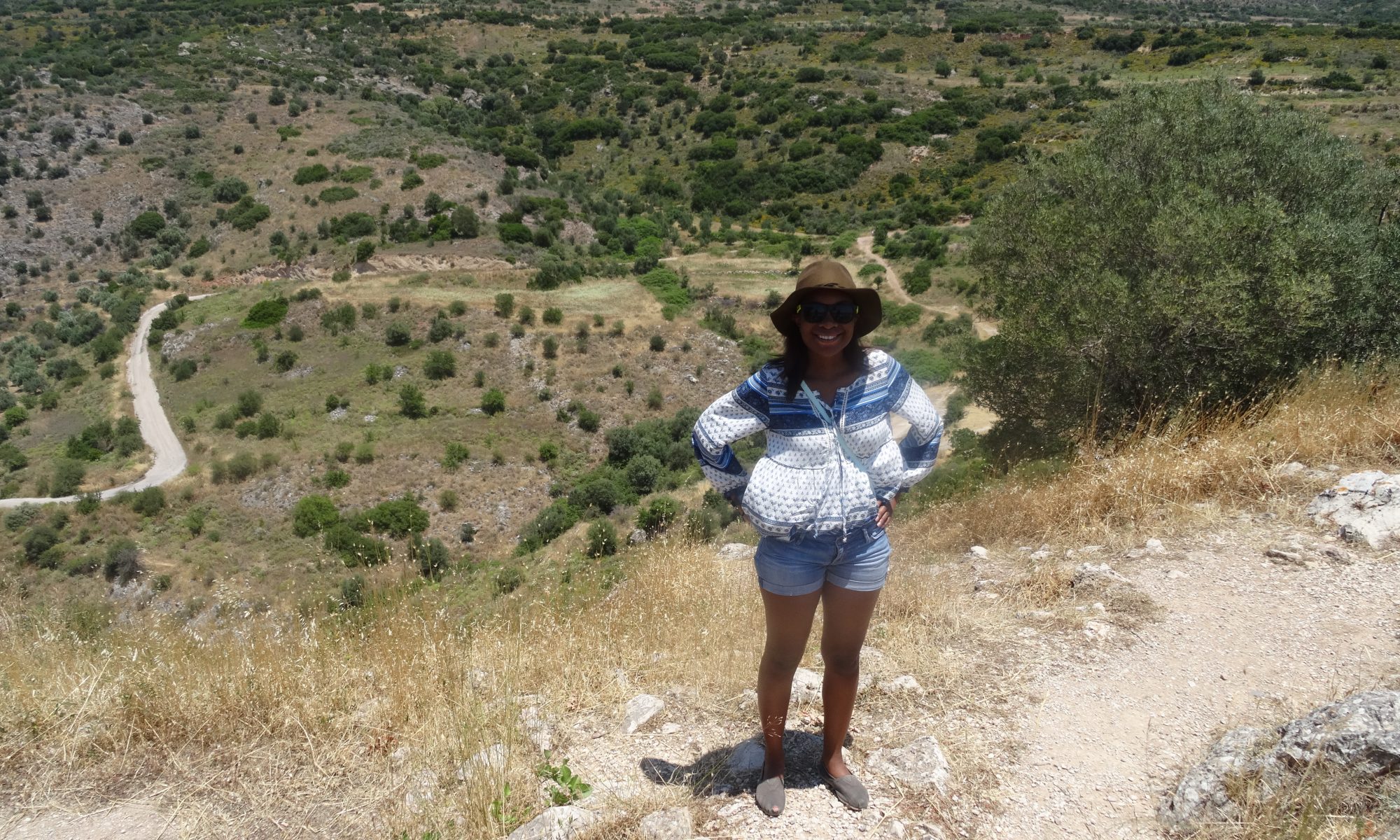 Let’s be honest – achieving work-life balance is probably the furthest thing from your mind when you start grad school. And even more so if you started grad school this year.

This past year has been anything but business as usual, and we’ve all had to adapt in one way or another. The summer was especially hectic after an academic year without many responsibilities. It made me wonder, as I’m sure most of us do, whether work-life balance was even achievable.

But I inevitably returned to the mindset that I had achieved before the pandemic hit and changed everything.

And that mindset is that there are more important things than academia.

Say it with me now: there are more important things.

There are more important things than:

Sure, my circumstance might seem to apply only to those of you who have already achieved candidacy. But in reality I had always had this mindset; I’ve only pulled one all-nighter ever because they’ve never appealed to me more than my bed has.

END_OF_DOCUMENT_TOKEN_TO_BE_REPLACED

A year ago, I wouldn’t have even considered guest lecturing. Or maybe, more accurately, two years ago, since a year ago I was presenting a paper at a conference in Prague.

I’ve never been especially charismatic. On most occasions it takes someone else initiating conversation for me to work up the courage to speak.

Even after years of practice, when I teach I always write out notes just in case I forget something. I’m always shocked when I find out that a colleague just “wings it” – no notes, not even a Powerpoint to illustrate their points.

So you might be wondering how I found myself guest lecturing not once, but five times in the course of the last term. Well, we have to thank COVID-19.

Can you believe it’s done something good?

The pandemic led to more virtual events than I can count and more time connecting with like-minded individuals online than ever before. If it weren’t for the pandemic, I probably wouldn’t have been considered a viable candidate for guest lecturing.

Heck, I didn’t even think of myself as a viable candidate when the instructors reached out to me. Imposter syndrome hit me and I’d question whether I had anything to contribute to people who had more experience than me in the field.

I’m just a graduate student after all.

While the fact that I am a graduate student is technically true, what isn’t true is that I wasn’t cut out for guest lecturing. I did have something to contribute. This was the first thing that I learned from my experience.

END_OF_DOCUMENT_TOKEN_TO_BE_REPLACED

This blog was created for Black, Indigenous, and Persons of Color in Classics, ancient history, and archaeology who: